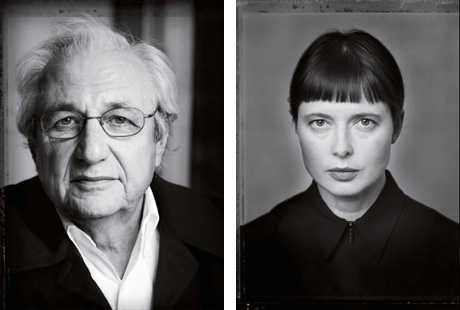 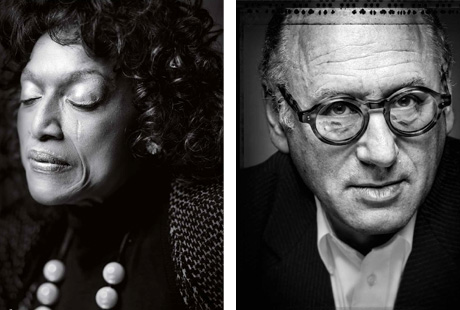 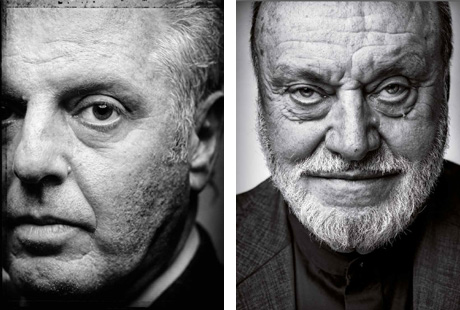 
German photographer Alexander Basta is a master of "Old School" portraiture photography.
To take the images he uses a large-format Plaubel camera with 4x5-inch film. With this he practises a 'non-confrontational' technique by disappearing under a black cloth to take the picture.

'When you put a camera in front of your eye it is like a rifle, it is aggressive. You have to be a really smart guy to soften a model's gesture like that. So I go under my
cloth to find the view and focus, that way the person is confronted with only the single eye of the camera itself.'

Basta always tries his models to find their own way into the picture. 'I want them to become themselves'.

His only other equipment besides his camera is a Balcar umbrella to soften the light. The artist shoots only in black and white.

The portrait specialist has captured numerous well-known faces – like Isabella Rossellini, Marianne Faithfull and Sir Peter Ustinov.
But his favourite models are musicians. He is particularly interested and attentive to musicians of the world's classical music elite. Basta - who says he'd like to have been a pianist or conductor if not a photographer - has met and photographed 250 of them over the last 20 years. Amongst them Nigel Kennedy, Philip Glass, David Gerrett Seiji Ozawa, Sir Michael Nyman, Udo Lindenberg, Daniel Barenboim, Kent Nagano and many more.

He photographs these musicians before their performances, during the interval or directly after the concert. This way he finds them 'as close to the music as possible'.

Thirty two large scale images from this project are displayed as a permanent exhibition in the Düsseldorf Tonhalle for almost two decades now. This famous concert hall hosts more than 300 concerts a year.

Alexander Basta lives and works in Düsseldorf in the studio once occupied by contemporary sculptor Thomas Schütte.

Learn more about the artist on his website basta-photograph.de